Situated seven miles north west of Aberdeen, Bridgefoot started in 1991 when Colin Ward became one of the very earliest of producers to market organic vegetables via a box scheme. The aim was to produce affordable, environmentally responsible and sustainable food that was free of harmful chemicals. 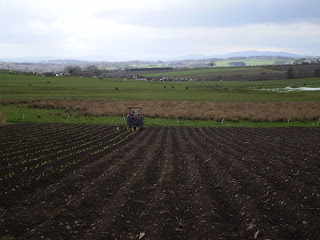 As is typical of organic farms, Bridgefoot operated on a small scale, covering 18 acres and supplying over 400 boxes per week. It was certainly a challenge, but with the help of volunteers, seasonal and full-time staff, the challenge was met head-on to ensure that the vision of supplying good quality, local, organic produce was met.

There were numerous polytunnels, including a Spanish cloche tunnel to allow us to grow a wider variety of fruit and veg, several fields for growing the staples of Scottish seasonal veg, chicken coops to provide organic eggs, and a walled garden at Ardoe House. 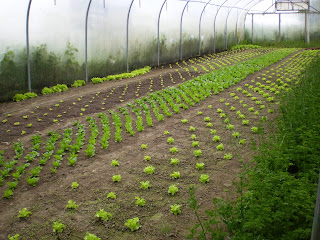 Bridgefoot grew into a thriving business despite many challenges through Colin's sheer determination, but in 2013 he decided to retire and put the business up for sale.

The staff did not want to see a local community enterprise disappear, so they clubbed together to buy the business, focusing solely on veg growing, and so they leased land from Colin, as well as from Jeremy Sharman over at East Cannahars in Whitecairns, Aberdeenshire.

Matthew became the main grower, having worked under Colin’s tutelage for many years. Sergio, having previously run two successful businesses, had a desire to grow the business and to involve the staff and local community in the business.


With their vision they turned a private limited company into a workers’ co-operative. The aim was to give the workers a stake-holding in the company and a say in how it was run, in order to best serve the staff and the local community.

There have been lots of new faces over the years, and a few of the old ones are still here, with some returning to us, when they can, to help out.

At Bridgefoot we are keenly aware of the environmental challenges we now face in an era of unprecedented movement of goods: the damage that chemicals are doing to humans, wildlife, fragile ecosystems, and our soil; of toxic waste spewed into our atmosphere resulting in allergies and illness; and the threat to wildlife and human habitation due to a serious addiction to plastic. We are also acutely aware of the challenges in tracking our food: knowing where it comes from; that it is produced free of exploitation of humans and animals; that the food has provenance, that it is rigorously checked and tested to meet the high standards that we all want from what we put into our bodies.

Producing local, organic veg gives our customers traceability, accountability and direct contact with the food that they’re eating. For items that we cannot produce ourselves, we can at least ensure that they are responsibly sourced, and that they carry the Soil Association and the European Organic Regulation marks, giving proof of provenance and grown to very high certified organic standards. 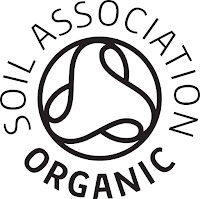 We understand that to meet the challenges of the 21 st century we must continually examine what we can do to leave as small an imprint on our land as is humanly possible.  We have removed the use of plastic bags in potatoes, and have reduced their use to minimal levels in our boxes, and we have reduced the use of plastic bags greatly in other produce. We do have plastic crates which our veg is delivered in, but we re-use the boxes over and over. However, while we minimise our use of plastic as much as we can, it is almost impossible to get rid of plastic entirely in our food chain. At times we do not know if an item comes to us in plastic. If it does we must sell it, and while we can remove the plastic from it, it does not get rid of that plastic, and is merely hiding the problem from the customer.

Other endeavours such as land sustainability are utilised by things like the use of humus builders to promote fertility in our soil – made from organic matter (decomposed plant materials) to help prevent the erosion of soil microbes, without damaging plant matter, and creating a healthy tillable land and an eco-system which helps earthworms and other creatures to thrive. We also have our crops on 10 year rotation plan at East Cannahars, which is where our potatoes, cabbages, swedes, cauliflower, broccoli, etc. grows. This rotation plan creates a much more complex system which only enhances diversification.

One of the key foundations of Bridgefoot was to make organic food affordable to all, which is why we often beat the supermarket on like-for-like items, and indeed we grow and distribute food that is rarely found in the shops. 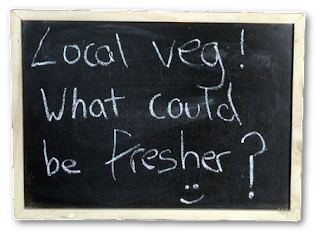 Organic food is cheapest when bought directly from a farmer or producer. Since most people don’t have access to a farmers’ market or a farm shop, a box scheme is more accessible and it is delivered straight to your door. Buying local, organic food often costs less than the non-organic equivalent, especially on premium items, which are often not found in non-organic form in shops.
Keep an eye on our weekly list of available veg and observe how much of that is available organically in your local supermarket.